Reverence and referral of managing director of OEID 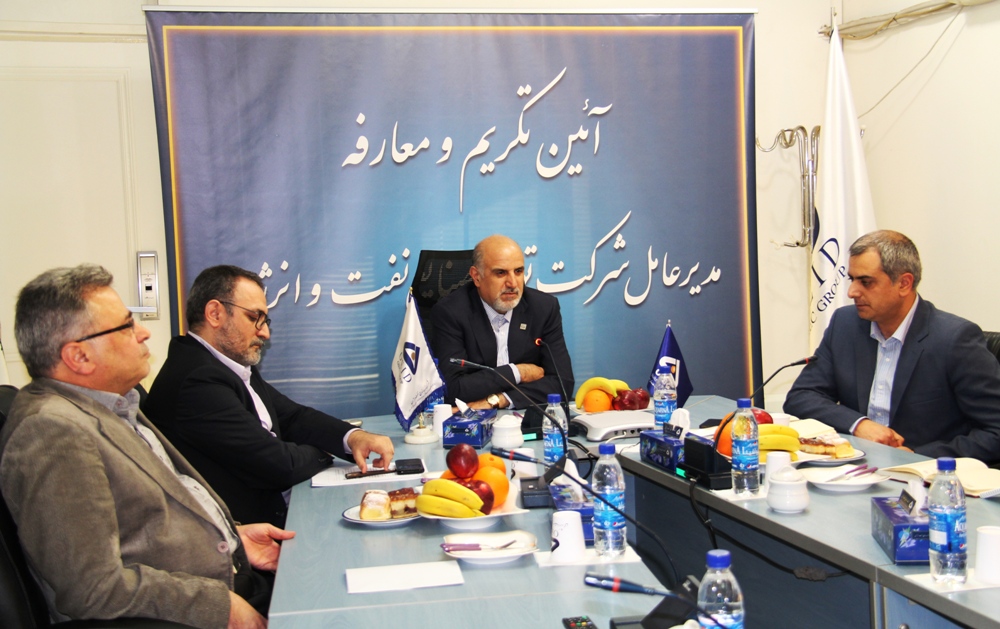 Ceremony of Introducing new managing director of OEID was hold with the presence of Mr. Mohamadi, managing director of OEIC, and a number of managers of OEID and the managing director of OICO.
At the beginning of the ceremony which was held at the company’s location, Mr.Mohamadi stated: oil and gas industry is the most dynamic sector of the country’s economy. OEIC group has a great impact on this industry. He described OEID as one the most coherent companies of OEIC group because of the large number of projects, high financial value and also their diversity. Meanwhile as the company started downstream projects, the company’s function is acceptable in both upstream and downstream sectors. another strength of the company is collaboration with a large number of major contractors such as ICOFC, OIG, NISOC and etc.
Mr.Mohamadi described Mr.Habibi as an operational manager, and said: Mr.Habibi, previously served management of production projects of OICO, and is expected to maintain professional structure of the company, with extra efforts to take steps toward OEID’s excellence.
At the end of the speech, Mr.Mohamadi wished success for the new and previous management of company.
In this meeting, Mr.Imani, previous director of OEID, said: efforts of all the company`s managers and employees was the reason of success achieved in this company. He continued: we were able to participate in the tender’s projects of EPC and we got around 10 projects, and now we interact with 6 clients in implementing of these projects.
Mr.Imani mentioned his 10 years precedent in OEID and wished success for OIEC group and said: I hope the group makes a significant impact on projects of IPC.
Mr.Habibi, in a short speech appreciated Mr.Imani’s endeavor in OEID during the years of his presence in the enterprise and great results achievements.
He added: there is team spirit and strength in this company. This factor has led us to the acquisition of major oil projects. With these feature we try to promote the company.