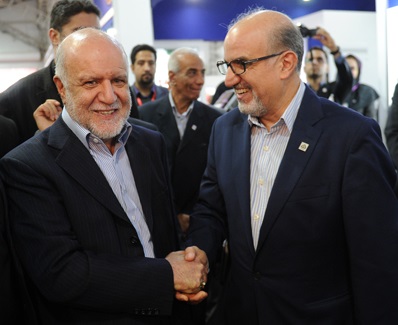 According to the OIEC Managing Director interview with Shana agency, Iran is to launch phases 20 and 21 of the supergiant South Pars gas field by the end of the current Iranian calendar year to March 20 2016.
Managing Director of Oil Industries’ Engineering & Construction Group (OIEC) said the phases will come on-stream with a daily production capacity of 50 mcm/d of natural gas.

Behzad Mohammadi told Shana that the phases will become fully operational by the end of the current year given the accelerated progress of drilling operations atthe onshore and offshore parts of the phase developments.
“Drilling operations over 11 wells of phase 21 will sew up within a month and 11 wells at phase 20 will be complete by mid-summer,” said Mohammadi.

The OIEC chief further said topsides of the two phases will be fully installed at their designated spots by the end of autumn to late-December.
He also said gas can be extracted from 16 wells of 22 wells of the two phases.
The Construction of Gas Trains 3 and 4 and condensate storage tanks with 240 million cubic meters are being executed by Oil and Energy Industries Development Co.(OEID) as the one of OIEC subsidiary companies.